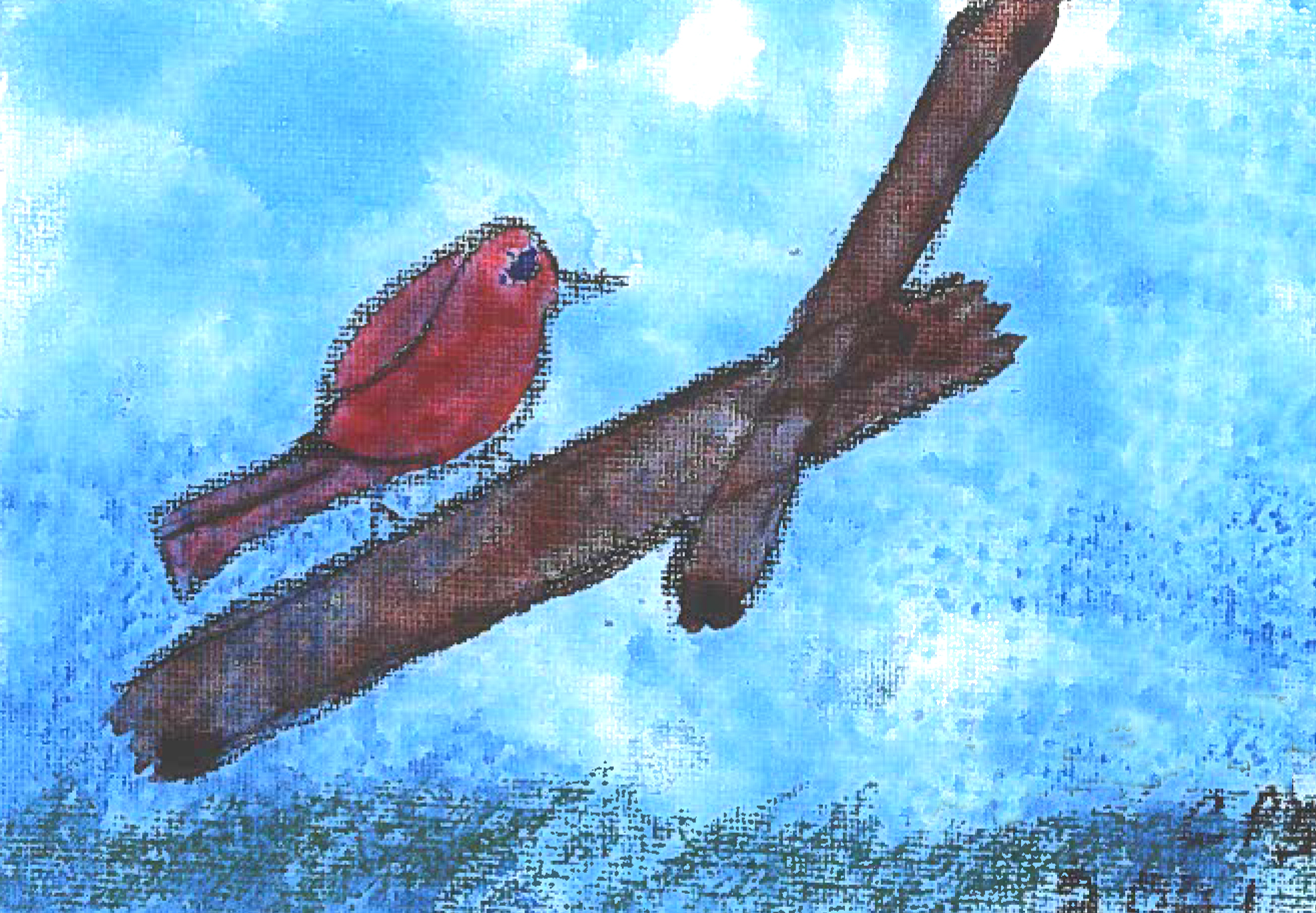 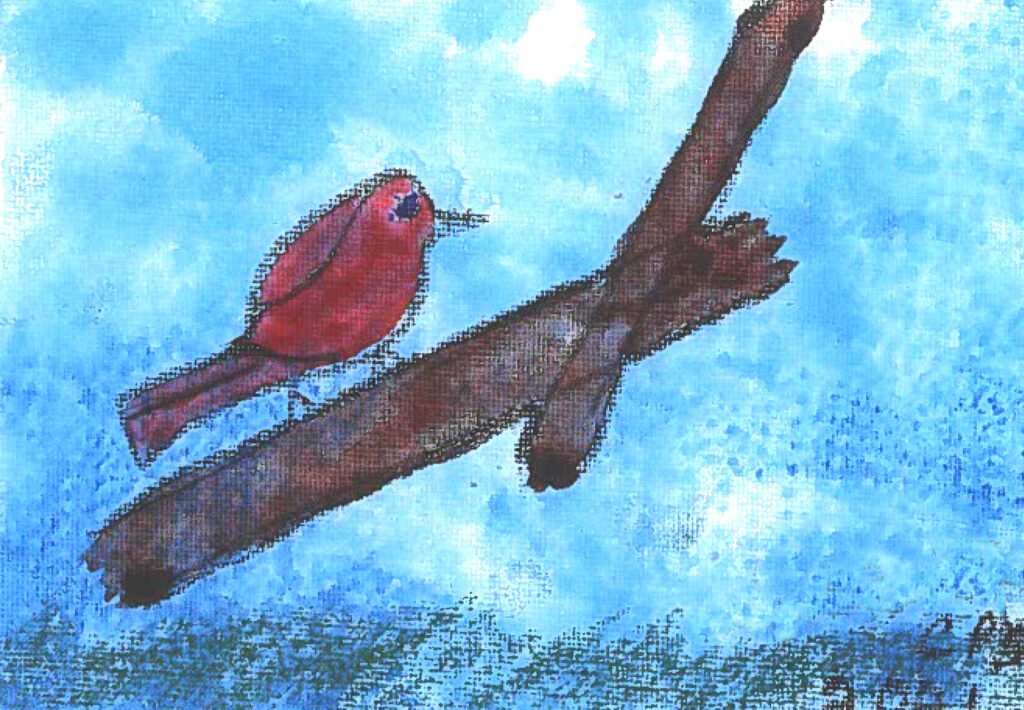 Thank you for allowing me to present my artwork. I am a Peer Support Specialist at East Alabama Mental Health Center. I was caught by the opportunity to give the consumers a workshop for the first International Zoom workshop. Not being an artist I had to think and think about how others who were artists did the workshop. Being taught like many of my consumers to believe that can as the little fire engine up a big hill. I had to tell myself I think I can. Procedures kept me from being an artist to teach the workshop. My job was to buy material, get permission on money, time and buy supplies and teach the class.

My question was how to teach something I had never taught. Just before the art class began: I thought in a matter of three to four minutes I needed to follow the other art teachers I had watched. How was I to do that? I thought of all the red birds I had seen at the house.

I began to color the canvas with blue so I had a background. Then I saw a branch for it to sit on. Then I began to see the bird in my mind so I could see how it looked and began to make lines that looked like one. Then I saw the green grass in my yard and put it there. I used watercolors and a charcoal pencil, signed it, and put the year. I started the class by telling the consumers the agenda was in front of them and the consumers were listed on a separate page. I told them this was a workshop not a social. We had a short turn around and it had to be done that day. I had two workshops to get them a chance to be chosen for the Capital Showcase. Before it was over I had a support group going while my assistant and I took down information from the consumers. She did the information needed for how the drawing was done and I did the consumer’s journey of life in art. The type of material, Title, name of the artist, and date. Jacob, the Director delegated signatures to teachers, and Debra the Office manager scanned, the typed bios I had typed as they were written. We had a team of individuals helping our consumers to have a dream to do it and get it to the department’s Office of Public Information. To have the Red Bird was most important, for it gave the consumers hope to be an artist, and me too. It worked, at least the opportunity for them to draw their mind did. A few needed pictures so I gave them outlines of artwork done in classes. Thinking fast for a bi-polar is second nature to me. The Red Bird was hope to me for issues I was undergoing and hope for me to do my job. It was ended by my circle of friends helping me to handle four major crises happening with East Alabama. I know at this time I can live one thing at a time if I stay on task. I did take art in the third grade until I had a sad thing to happen then I never drew again until the last few years. I love all skills of art. Fine art to beginners, to me, is art. The consumers of East Alabama and across the state have shown their art nationally and statewide with NAMI and Universities and the Office of Consumer Relations. Carol Eskridge taught me the skill of determination, of making it happen. She was the founder of the Visionary Guild of Mentally Ill Artists of Alabama.

Is this one your favorite? Cast your vote for the Best in Show: https://forms.gle/qeWCWwYgrAo99wEi6