Over the next 50 years, the department grew to 14 facilities throughout the state, however, only three remain today - Bryce Hospital, Taylor Hardin Secure Medical Facility, and Mary Starke Harper Geriatric Psychiatry Center, all located in Tuscaloosa.

Bryce Hospital, a model for mental health reform and care in Alabama, was proposed to the state legislature by Dorothea Dix in 1846. Dorothea Dix was the pioneering force in the reform movement called "moral treatment," working to highlight conditions in existing institutions and promoting the inherent value of compassionate care. It was the priority of Dix to have a hospital in each state, providing services to individuals with mental illness.

With help from Governor Henry Collier, the bill to establish the Alabama Insane Hospital (renamed Bryce Hospital) was passed in 1852. Dr. Aaron Lopez of Mobile was part of an elite committee to procure plans for a state-of-the-art hospital. He presented plans designed by Dr. Thomas Kirkbride, a physician, advocate for the mentally ill, and founder of the Association of Medical Superintendents of American Institutions for the Insane, a precursor to the American Psychiatric Association. Dr. Kirkbride declared the Alabama plans as the best of his career. The building was one of the few Kirkbride buildings using an Italianate design to complement the architecture at the adjacent University of Alabama.

Dr. Peter Bryce was named the first Superintendent of the hospital named the Alabama Insane Hospital at that time, based on recommendations of Dr. Kirkbride and Dorothea Dix. Bryce, a pioneer in psychiatry from South Carolina was a proponent of moral treatment and considered a national expert on the new defense of “not guilty by reasons of insanity.” Bryce was a pioneering figure in the field of mental health. Practicing in the post-Civil War era, he championed more humane therapeutic treatments for the mentally ill.

Bryce's training and southern roots were viewed favorably by the trustees, and in July 1860 they selected him to be the hospital's first superintendent. Bryce accepted and moved to Tuscaloosa soon after marrying Ellen Clarkson, also of South Carolina. The superintendent of the hospital for 32 years, Bryce served in his position longer than most of his contemporaries and held several important offices in professional organizations.

The first patient was received on April 5, 1861, and was diagnosed with Mania A, caused by political excitement. The Civil War started one week later, and the hospital received virtually no funding. Dr. Bryce was able to keep the hospital operating after the war with loans and grants from Dix and the Freedman’s Bureau because it provided treatment to African Americans during the Civil War and Reconstruction.

In 1882, Dr. G. A. Tucker of Australia in his famous work, “Lunacy in Many Lands” lauded the hospital as one of the world’s best institutions. Bryce was named the Alabama Citizen of the Century by the Birmingham Post-Gazette for its patient management and commitment to offering various work programs to the patients. Bryce's life was so intricately entwined with the Alabama Insane Hospital that at his death from Bright's Disease on August 14, 1892, he was buried on the hospital grounds, and the hospital was later renamed Bryce Hospital.

At the beginning of 1870, the patient population grew, and the hospital became overcrowded. By 1970, the hospital served 5,200 patients and saw a decline in the standards of care due to the imbalanced patient and staff ratio, eventually leading to a lawsuit. That same year, the Wyatt v. Stickney case was filed and lasted for nearly 33 years. The outcome led to the most important changes in the delivery of service to individuals committed to institutions for the treatment of mental illness in the United States.

In 2010, the campus was sold to The University of Alabama. With help from the University, a new hospital was built on the old Partlow Campus with patients moved in 2014. Currently, the original building is being renovated for use as a School of Performing Arts and a museum dedicated to the history of mental health in Alabama. 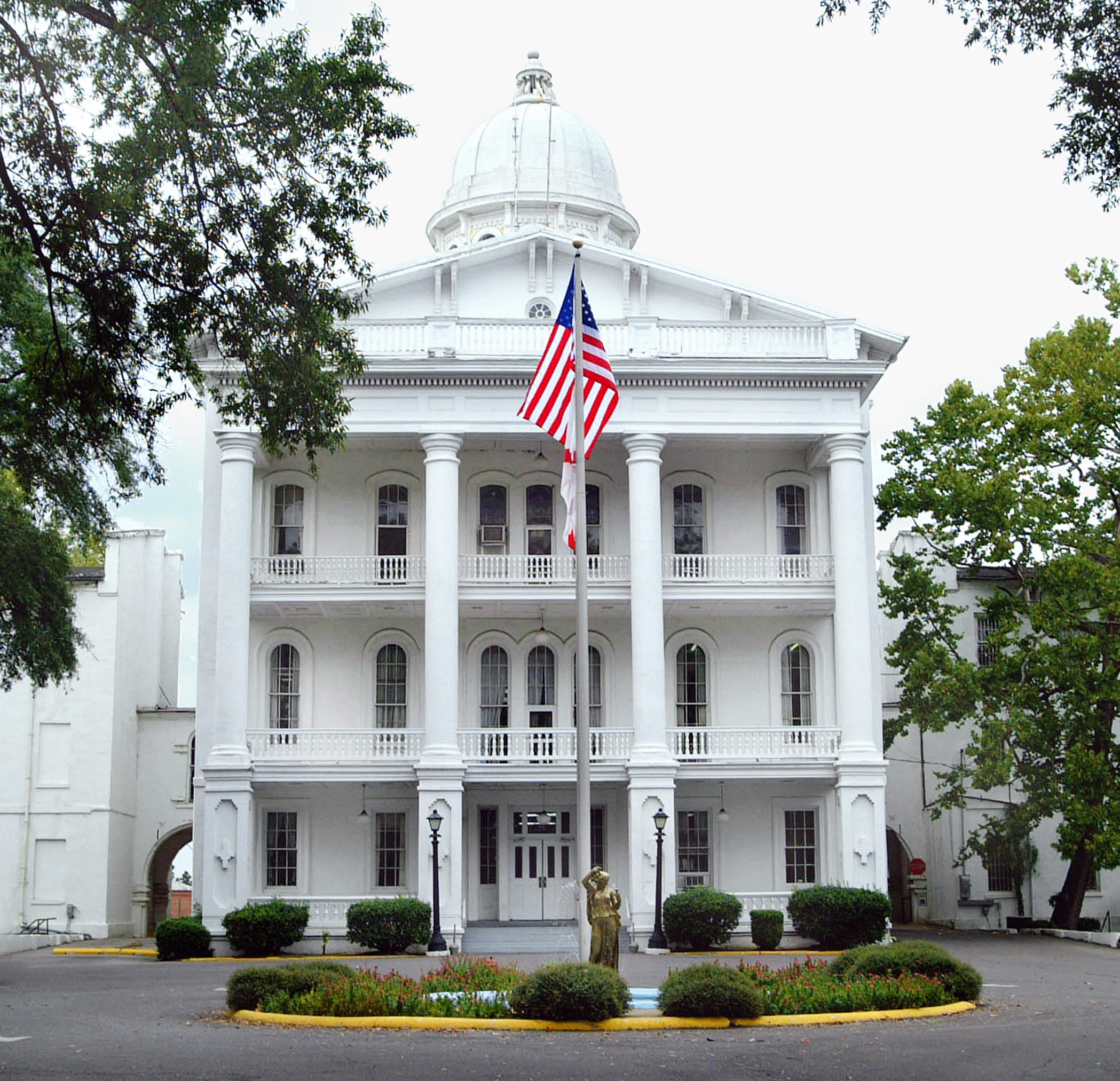 Searcy Hospital, known as Mt. Vernon Insane Hospital, opened in 1902, and was the second of the three facilities. The hospital served the state for 110 years and has a most intriguing history. Prior to being obtained by the State of Alabama, the property had been a federal cantonment, an arsenal, barracks, and a prisoner of war site. It is the only property in Alabama to be placed on the National Preservation Trust’s “Most Endangered Sites” in America.

Many famous Americans are associated with the Mount Vernon Arsenal/Barracks Complex. The area was first used as a cantonment for the United States forces during the War of 1812 and the Creek Indian Wars. The site was selected by President Andrew Jackson as an arsenal with plans for the campus approved by the president himself. While stationed at the arsenal, former President of The University of Alabama, Josiah Gorgas, met his famous bride to be, Amelia Gayle, who was the daughter of a former governor. Together, the two had a son, William Crawford Gorgas, who became known for eradicating yellow fever in the Panama Canal Zone.

The commander of the arsenal in 1861 was Captain Jesse Reno. The city of Reno, Nevada was named in his honor. During the Civil War, the arsenal was captured by Confederate forces, but reverted to Federal control after the war and functioned as a barracks.

The barracks became home to the imprisoned Chiricahua Apache warriors and their families from 1887 until 1894. The most famous of the warriors was Geronimo. With Major Walter Reed, U.S. Army Captain, as commander of the barracks, Geronimo had the freedom to ride the train to Mobile and sell his autograph and attend parties. When the imprisoned Chiricahua Apache warriors were moved to Fort Sill, Oklahoma, the United States had no need for the property, and ownership was transferred to the State of Alabama.

In 1900, the Alabama Legislature established a mental health facility on the former site of the Mount Vernon Arsenal to relieve overcrowding at Bryce Hospital.

The property received its first patients from Bryce Hospital in 1902. It was renamed Searcy Hospital in 1919, in honor of Dr. J. T. Searcy, the first superintendent. Searcy was a segregated hospital and was restricted to African American patients only until 1969, when it was integrated by court order.

The hospital served the southern third of Alabama until it closed in 2012. The campus is now closed to visitors due to safety concerns. 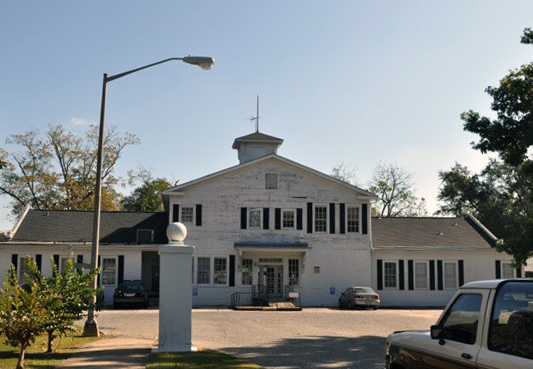 Partlow Developmental Center opened in 1923 and was the third facility to open in the state. Legislation was passed in 1919 that allowed individuals with an intellectual disability to receive treatment in a state facility in Alabama. The bill to establish the institution was passed in 1921 and the construction stage lasted until 1923, when the first patient was committed.

The facility was located about two miles from Bryce Hospital in Tuscaloosa. While it had its own Board of Trustees, the facility was under the supervision of the Superintendent of Bryce. Partlow was the only facility for the treatment of intellectual disability in the state, until the opening of the Wallace Center in Decatur, Alabama in 1970.

Like the other two facilities, Partlow was nearly self-sufficient with a large farm managed by residents of the institution. All original buildings were demolished and replaced by 1990.

The facility was known for the George Linsey Aquatic Center, award-winning publications in the 1980s, and an extensive recreation department. Partlow closed in October 2011. The original campus is now home to the new Bryce Hospital and several administrative departments of The University of Alabama. 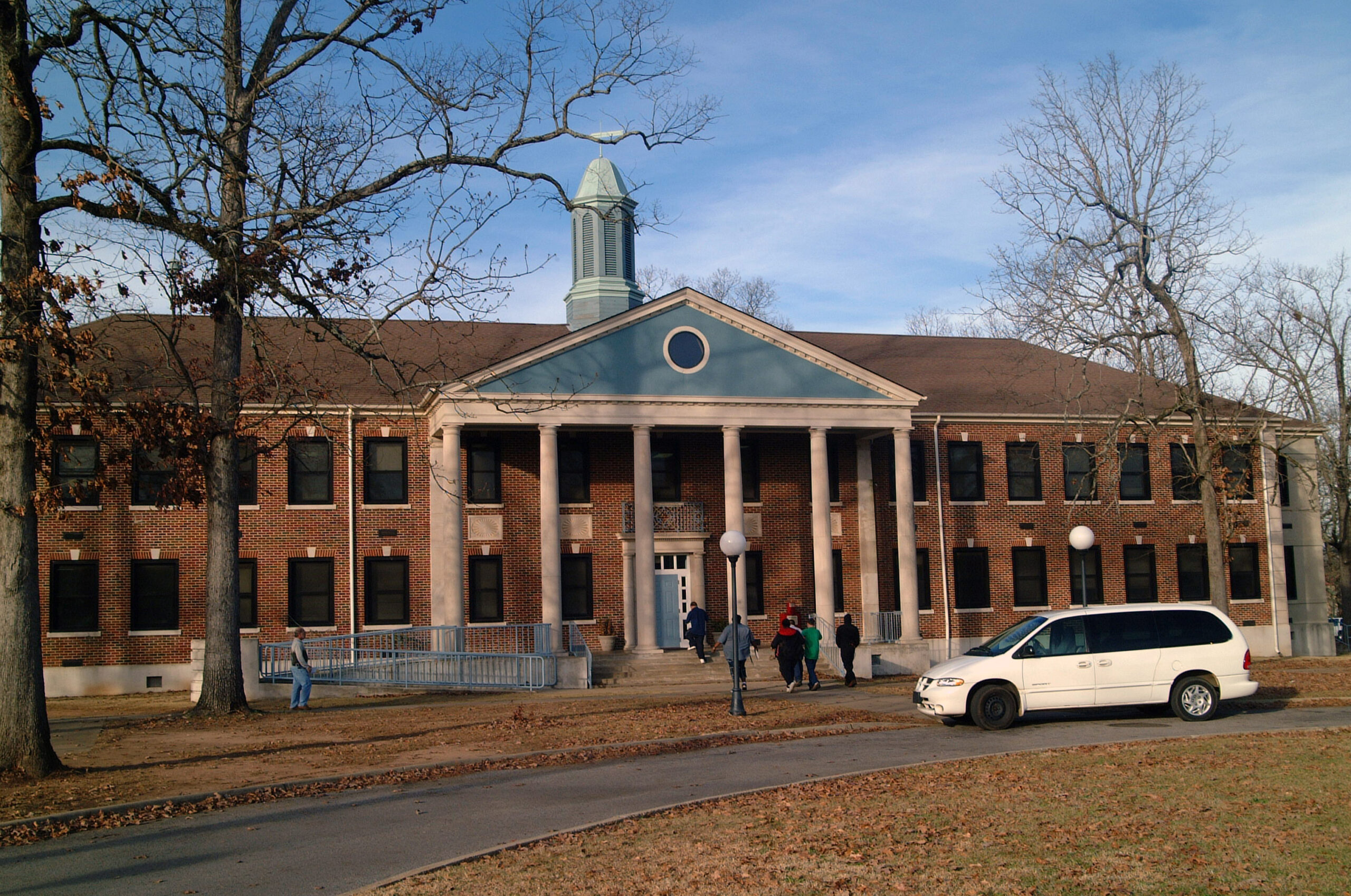